Africa: Obama Visit Has More To Do With US Interests Than Kenya

US President Barrack Obama will be in Kenya this week. It is a good time to take stock of the economic relationship that emerged between Kenya and the US during his administration.

One major thing that the Obama administration has done is to begin catching up with the rest of world in viewing Kenya and the rest of the continent as a viable investment destination.

Before Mr Obama came to power, Kenya was viewed primarily through the lens of aid for social development and support for anti-terrorism activities. Although this notion still persists under the Obama administration, we have seen a visible shift that has already happened in much of the rest of the world; the perception of Kenya as a truly viable business partner rather than a charity case. During the 2014 Africa Leadership Summit, Mr Obama made several announcements on business initiatives targeting the continent, such as Power Africa and the Doing Business in Africa Campaign.

These two changed the tone of economic engagement between Kenya and the US – which had been traditionally defined by the African Growth Opportunity Act (AGOA) where the US was essentially the father figure, giving countries such as Kenya non-reciprocal access to US markets. So although AGOA will be renewed this year, we can expect that details of the deal will be different and will more aggressively protect US interests. 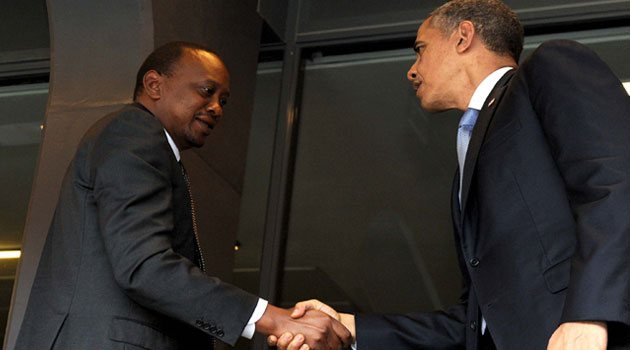 Mr Obama’s role in building economic momentum between Kenya and the US is seen in the fact that earlier this year, the Corporate Council on Africa — a US organisation devoted to US-Africa business relations and which represents nearly 85 per cent of total US private sector investments on the continent — visited Kenya with an eye on investing in the country.The council plans to ensure that more than 90 companies from the group invest in various sectors of the Kenyan economy over the next three years. The US sees Kenya as truly open for business.

But all these developments ought to be put into the broader context of the economic relationship between Kenya, the US and other countries. In terms of trade, Kenya is a net importer of US goods. According to the Economic Survey 2015, US exports to Kenya were worth Sh57 billion in 2013 while India’s exports were worth Sh258 billion. In terms of foreign direct investment, by 2012 US FDI stock in Kenya was Sh26 billion; juxtapose this with Sh48 billion for China in 2013. So the US has a great deal of catching up to do if it has to compete with the likes of China and India.

Another important shift to note is that the US experienced the worst economic crisis in recent memory during Obama’s presidency. The global financial crisis shattered the confidence that even Americans had in their own economic strength.

Awareness of a weakening global economy has led to the creation of the Trans-Atlantic Trade and Investment Partnership (TTIP), a regional trading bloc comprising the US and the EU.The partnership is an admission that the rich counties are aware of the fact that their global economic clout is declining. So while the US will want to invest in Kenya, the investment will not be done in the spirit of AGOA; it will be done in the spirit of strengthening the US economic footprint in the country and continent with the ultimate goal of strengthening its global economic position.

It’s all well and good if the US can help develop Kenya through investments, but the priority is strengthening the American economy. Kenya would do well to note this.

Anzetse Were is a development economist based in Kenya. She is a weekly columnist for the Business Daily.  Twitter:@anzetse, email: anzetsew@emergingequity.org

« Middle East: Oman’s Subsidies To Exceed $7 Billion This Year According To IMF Study
Russia Overtakes China As Most Attractive BRICS Country For Investment »