As oil prices continue to go south and emerging markets remain in turmoil, Russia is struggling to keep its sanction-affected economy floating.

For years, the Russian economy enjoyed stable growth rates supported by high commodity prices – oil and gas, in particular. Everything changed in 2014, when a combination of Western sanctions and falling oil prices created a toxic environment not seen since the 1998 financial crisis.

It is not surprising, therefore, that a country that relies heavily on oil and gas exports is struggling with the plunge in global prices. Around half of Russia’s budget revenue is linked to oil and gas exports, and low prices create havoc for the energy industry as well as the overall economy. 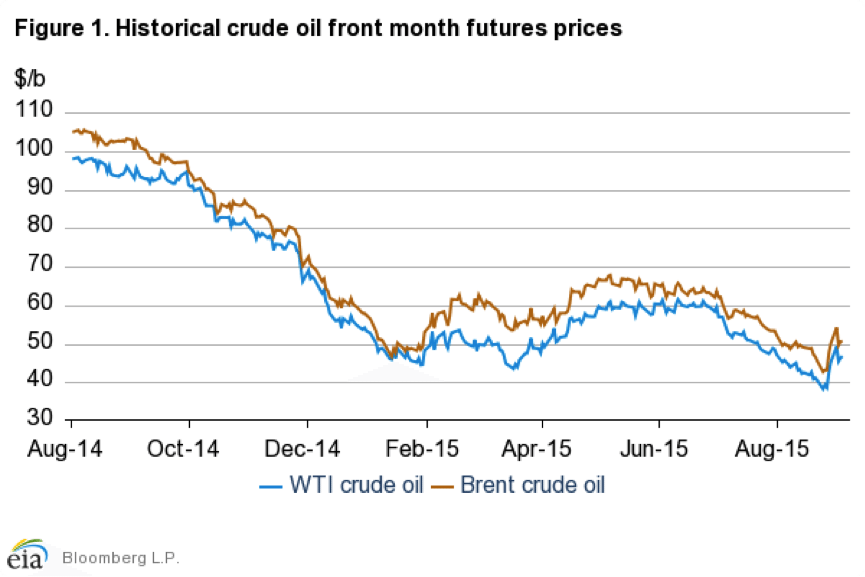 The key problem for the Russian oil industry, in addition to the low oil prices, is the lack of fresh capital and access to technology created by the sanctions regime. Although the oil and gas industry is a major target of Western sanctions, financial strains have been partially alleviated by reducing capital expenditure and rouble devaluation, which cut operating costs by around 30%. In addition, foreign energy companies, including ExxonMobil, Statoil, and BP, have continued to operate in Russia, despite the sanctions.

What is more, Russia has been actively strengthening its economic ties with Asia (China in particular), with important gas deals agreed with the China National Petroleum Corporation (CNPC) on the Power of Siberia and Altai pipelines, Vankor oilfield in Eastern Siberia, as well as the Yamal LNG project.

However, low oil prices seem a more troublesome and difficult problem to overcome than the sanctions imposed by the West. Despite the relatively stable output of around 10 million barrels per day, depressed prices greatly affect the Russian budget and economy, which is set to lose $1.4 billion in tax revenues per each $1 fall in the oil price over the course of the year.

In March 2015, the government was forced to amend the budget in order to adapt to the $50 oil price level, and it is likely that the 2016 budget will also be tailored accordingly. 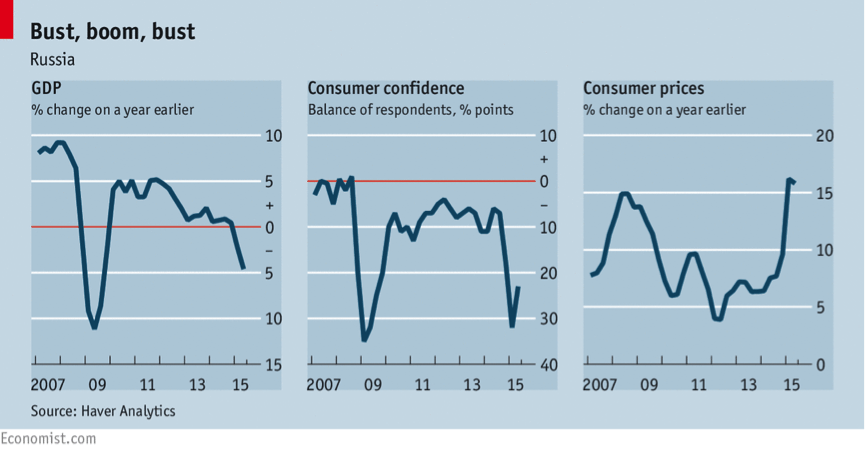 The direct impact can be felt throughout all sectors, as the Russian economy falls into recession. For the first time in the past five years, the government was forced to cut the military budget by 5.3%. Unlike the 1998 crisis when the country’s treasury was almost empty, Russia managed to hoard significant hard currency reserves in the past decade, which, at its height in 2008, stood at around $600 billion.

However, since the beginning of the crisis in Ukraine in early 2014, the amount fell sharply from more than $500 to $357 billion in August 2015, following an attempt by the Central Bank to control the plunging currency and rising inflation.

Away from the glittering lights of the Red Square, Russians are struggling to make ends meet. Since November 2014 the country’s GDP has fallen by 6%, the rouble has depreciated 43% against the dollar, and consumer prices have rocketed by 15%, causing retail sales to drop by almost 10% in June.

At the same time, Vladimir Putin is still an undisputedly popular politician, with public approval ratings of 83%. However, according to the Levada Center and the Public Opinion Foundation, Putin’s approval is at its lowest since March 2014. Similarly, 72% of voters would re-elect the incumbent president if the elections were held today, compared to 76% in April.

Putin’s approval numbers are still extremely high by any standards, but they reveal a certain trend that might indicate changes in the mood of ordinary Russians affected by the crisis.

Ante Batovic was previously a lecturer in International History at the University of Zadar where he specialised in Cold War and East European history. He was also a visiting fellow at the LSE IDEAS centre and the fellow of the Robert Schuman Foundation in the European Parliament. He holds a master’s degree in Global Politics from the London School of Economics and a PhD from the University of Zadar.