The Case For Indonesia

During a recent visit to Jakarta, it was evident that Indonesians are optimistic. Investment managers, business leaders and taxi drivers all voiced their opinion that things are getting better and that the future is bright. Up to now, Indonesia has generally punched below its weight. It is often lumped together with its other ASEAN neighbors Singapore, Malaysia, Thailand, the Philippines and Vietnam. However, Indonesia appears to be poised for a break out. If it is able to achieve its vast potential, Indonesia deserves to be treated as a distinct investment focus and not just as a member of ASEAN.

After several years of slowing growth, Indonesia’s economy is poised for a strong recovery.  President Jokowi has recently pushed through important reforms, including opening up much more of the economy to foreign investment, reducing red tape, and implementing a series of stimulus packages. These measures are having an impact. Foreign direct investment jumped 16.9% YoY in Q4 2015, and economic growth is forecast to top 5% in 2016 and accelerate thereafter. 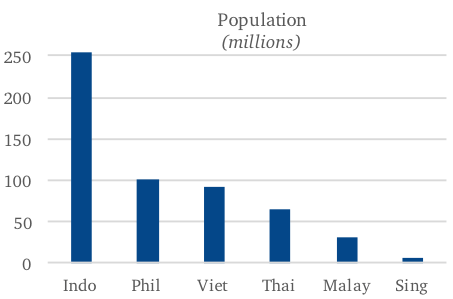 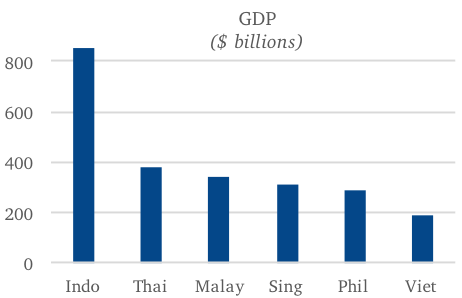 Longer term, Indonesia’s economy will be driven by two areas: McKinsey forecasts that Indonesia will need to spend $600 billion over the next decade to meet its infrastructure needs. The government has the capacity. The fiscal deficit is a modest 2.5% of GDP and aggregate government debt is only 29%.

In addition, Indonesian economic growth is expected to be boosted by a demographic divided as half the population is under 30, and a rapid expansion of intra-ASEAN trade as barriers come down. Overall, these factors could boost annual economic growth rates above 7% for the next several years. In fact, the Economist Intelligence Unit forecast that Indonesia’s economy will grow to become the 4th largest in the world by 2050.

Indonesia’s size and relatively rapid rate of economic growth should gain increasing investor attention in the years ahead.  Mid and small caps look particularly attractive right now as they have declined by over 40% over the past three years (2013-15).

We are planning to increase our Asia fund’s exposure to Indonesia and are considering investing with an Indonesia-focused manager. We share the optimism of the Indonesian people.

From Dalal Street to Wall Street: Commentary on Business, the Economy & Politics by Leading Influencers in the U.S. and India.
View all posts by DaWall Street »
« Venezuela Opposition Submits 1.85M Signatures To Remove Maduro
Does Argentina’s Return To The Capital Markets Signal Change? »